Thank you for visiting!

CAC Parker County is a 501(c)(3) corporation. We depend on the generosity of our community to carry out our mission of helping Parker County children. Donate online by clicking the button, or mail a check to: CAC of Parker County 1224 Clear Lake Rd., Weatherford, TX 76086.

Staff & Board of Directors

I was born and raised in Weatherford. I attended school here and graduated from Weatherford High School. My associate’s degree came from Weatherford College. I then earned a Bachelor of Science (Education) from Tarleton and Masters in Education (Counseling) from Tarleton. I am a Registered Play Therapist and certified in trauma informed care. My work experience started here working in child care and then to an educator working out of district one year and in district 8 years as a teacher. I have been a counselor for 10 years with four years at WISD and 6 years private practice. While in private practice, I had the privilege of working with foster children, CPS caseworkers and clients, and children whom had been abused or experienced trauma. I have been married for 32 years and have two children and two beautiful grandchildren who are the light of my life and motivate me to become a better person every day.

I was born and raised in Cheyenne, Wyoming where I graduated from Cheyenne Central High School. Following high school, I attended Laramie County Community College and received my associate’s degree in Elementary Education. When I was 20 years old I moved to Stephenville, Texas. I attended Tarleton State University where I received my Bachelor’s Degree in Family and Consumer Science with an emphasis in Child and Family Studies. Upon graduation, I was hired as the Forensic Interviewer for the Paluxy River Children’s Advocacy Center for about 3 years. After that, I was hired by the Children’s Advocacy Center of Parker County as their Forensic Interviewer. I am happily married. My husband and I have multiple fur-children and we both actively ride horses.

I was born in Mexico City but have lived in Granbury off and on since I was 8 years old. I am married and my wife and I have a wonderful daughter. I received my bachelor’s degree from Southwestern Assemblies of God University in Waxahachie. After graduating I went on to work for the University as an assistant soccer coach. I returned home to work for the Granbury School District as the Bilingual Interpreter. I then went to work for CPS as an investigator in Johnson County for a year and a half.  I was hired by the Johnson County CAC to be a Family Advocate later becoming their Bilingual Forensic Interviewer.

I was born and raised in the Houston area and graduated from Anahuac High School. I moved to Weatherford in 2006. I received my associate degree from Weatherford College and my bachelor’s degree from Tarleton State University in Child and Family Studies. I am currently working towards a master’s degree in Child Life from Texas Woman’s University. I was a volunteer at Cook Children’s Medical Center and received the Volunteer of the Year Award in 2017. After working in childcare for over 10 years, I discovered my passion for children and working with families. I am married, and we have two beautiful daughters. When I am not attending any of their extracurricular activities, I love spending time with family and friends. 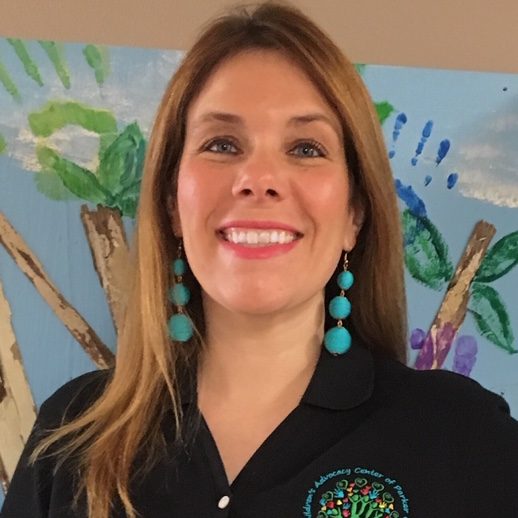 I am a Licensed Professional Counselor, Registered Play Therapist, Certified Humanistic Sand Tray Therapist, Certified Clinical Trauma Professional, and Certified Trauma Specialist in Sex Trafficking. I am also a Board Certified Telemental Health Provider and a certified Trauma-Focused Cognitive Behavioral Therapy Provider. I received my Masters in Education from Tarleton State University with a specialization in Counseling. I graduated Magna Cum Laude from Stephen F. Austin State University with a Bachelor’s of Science with a double major in Psychology and Child Development and Family Living. I have presented at two state conferences and I frequently offer continuing education training to mental health and educational professionals. I am experienced in play therapy, sand tray therapy, trauma work, and working with victims of sexual abuse.

I worked as an elementary school counselor for 7 years and as an elementary teacher for 5. In addition to counseling, I am also a Certified Dog Trainer and teach for Animal Behavior College where I graduated with honors. I live in Springtown with my husband and a menagerie of pets. When I am not learning more about counseling, I enjoy baking, reading, riding horses, collecting miniatures for sand tray, and game nights with family.

As a lifelong resident of Parker County, Dedra Vick is involved in many local community organizations. She and her husband Charley sold their convenience store in 2007, after 25 years in business. Dedra started working at the Parker County Sheriff’s office in 2010, and continued staying involved with her community. Dedra is a records clerk for the Parker County Sheriff’s office and sees first hand the need for the Children’s Advocacy Center of Parker County. As the president of the board, Dedra has a desire and passion to make sure that this advocacy center is the best one around. Dedra and her husband and Charley have a son Nathan, a daughter-in-law Ashley, and two beautiful grandsons Hoyt and Hudson.

President Board of Governors

Michael Baldwin was born and raised in Central Illinois. He spent four years in the Marine Corps, and has worked in emergency medical services, both as ambulance attendant and technician in trauma center. Michael was a police officer in Illinois from 1983-1986 before moving to Texas and joining the Fort Worth Police Department. After nearly thirty-one years at FWPD, Michael accepted the opportunity to become police chief at Hudson Oaks. Michael is married and has two grown children and has been a resident of Parker County for over thirty years.

Vice President Board of Directors

I was raised in West Texas (Andrews, TX).  Attend Texas Tech University in Lubbock after graduating from High School.  Prior to retiring on April 1, 2014, I worked for Arthur J. Gallagher & Company for thirty-five (35) years.  Arthur J. Gallagher & Company was the fourth largest insurance broker in the world and third-largest in the United States.  I managed two branch offices (Lubbock, and Odessa) that include 20+ employees.  Many of the employees that I hired are still with the company today and climbing the ladder to success.  Besides managing these offices, I also managed a book of business and ranked number four in the top ten producers in the United States.  I married Marion Goff in 1972.  Together we have five (5) grown children, seven (7) grandchildren, and five (5) great-grandchildren.  We are both enjoying retirement.  On May 19, 2014, we moved to Weatherford, TX to be close to our children and to enjoy our grandchildren.

Secretary Board of Governors

Penny Shelton grew up in beautiful Ft. Walton Beach/Destin, Florida. She attended Southeast Missouri State University and received her Master’s Degree in Counseling Psychology. After graduation, she worked in HR and taught personal development classes to State Farm regional employees in Columbia, MO. Penny has been married to State Farm Insurance Sales Leader Brian Shelton for over 23 years and is a mom of two teenage boys, Jacob and Luke. Penny and her family have lived in Aledo since 2005. She is actively involved in the following organizations: CACPC, Parker County Health Foundation, Aledo Children’s AdvoCats, Zonta of Parker County, Freedom House, Aledo Young Men’s Service League, and Project Celebration Class of 2023.

Treasurer Board of Governors

Jodee was born in Germany and lived in England, Arizona, Florida before settling with her parents and brothers in Alaska in 1967.  She and her husband David moved to Texas in December 1999.  She has a son and 2 granddaughters.  She began her accounting career 1n 1976 working for Head Start.  After leaving Head Start she has worked at different business’ in the accounting field and IT. 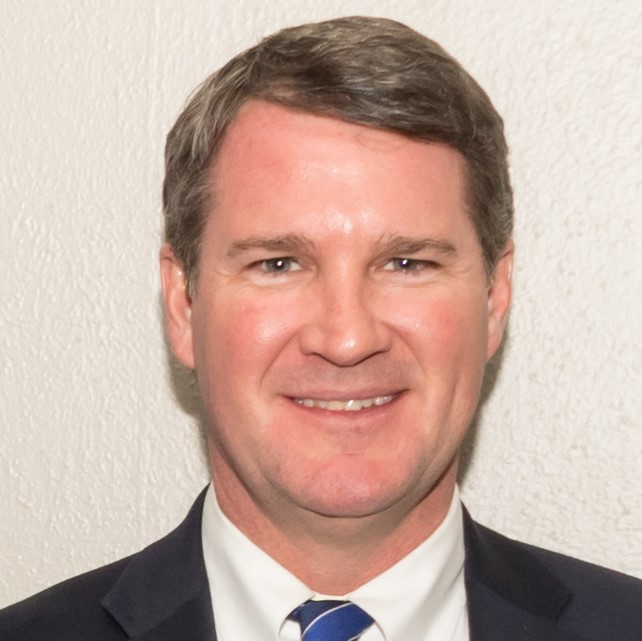 Jeff graduated cum laude from Texas Christian University with a Bachelor of Science degree in 1992 where he double majored in Political Science and Radio-TV-Film. In 1994, he graduated summa cum laude with a Doctor of Jurisprudence degree from the University of Houston School of Law. Jeff is a regular speaker in the community. He has taught bi-annual legislative update classes to Parker County law enforcement since 2003 and has also spoken at meetings of the Parker County Bar Association, Tarrant County Sexual Abuse Advisory Council, Tarrant County Medical Examiner’s Office Forensic Rounds, Freedom House Vigil, Southwest Association of Toxicologists, Texas County and District Clerk’s Association, classes at the Weatherford College Police Academy and Weatherford High School criminal justice classes, and regularly provides other training for local law enforcement agencies. Jeff is also a member of the Board of Directors for Freedom House, Parker County’s domestic violence shelter, and is the meeting facilitator for the Parker County Child Fatality Review Team. Over the years, he has coached hundreds of children on about 50 baseball and basketball teams with Weatherford Little League, Weatherford High School, Weatherford Junior League, and traveling teams. He in his fifth year as the President of the Weatherford High School Baseball Booster Club and has also served as a Cubmaster of a Weatherford Cub Scout pack.

Rayleen has been married to her husband, Aaron since, 2004 and has two children, Wyatt and Hannah.  She received a Bachelor of Social Work from New Mexico State University in 2003. Rayleen has worked for the Department of Family and Protective Services for 10 years. She is currently a CPI Program Director serving Parker, Palo Pinto, Wise, Denton, and Cooke counties. Prior to her tenure with the Department of Family and Protective Services, Rayleen was employed by a non-profit for many years. During that time, she worked with high-risk youth and their families. She is a certified ropes course instructor and leads experiential therapy groups for children. Rayleen also developed a program to provide services to divorced families which was implemented throughout the state of New Mexico. In addition, Rayleen serves on the board of Abigail’s Arms, Cooke County Family Crisis Center.

Questions, Concerns, Volunteering Inquiries. Please use the form below to send us a message and we will get back to you as soon as we can.